The noun fondamenta in Venice refers to a street along a canal. One of the most popular is the long fondamenta delle Zattere (in Venetian “fondamenta de le Zàtare”) overlooking the wide Giudecca Canal that separates Venice from the island of Giudecca. About one kilometer long, the fondamenta delle Zattere in Venice begins in the area of San Basilio, near the port terminal, and ends at the Punta della Dogana where the Grand Canal and the Giudecca Canal flow into the St. Mark’s basin, the body of water in front of St. Mark’s Square, the Doge’s Palace and Riva degli Schiavoni. 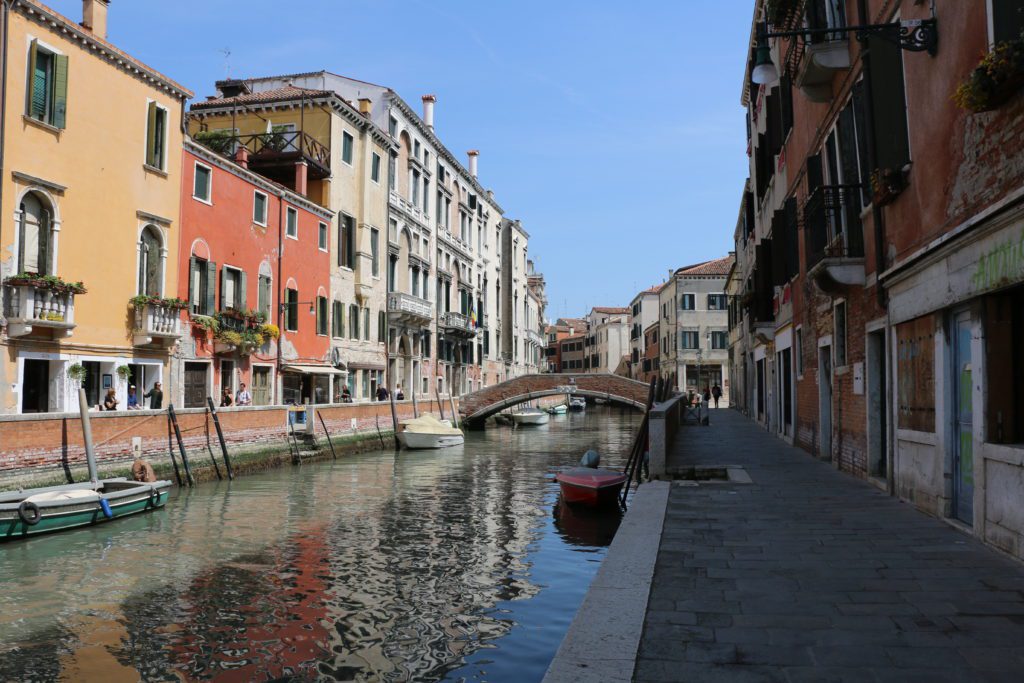 The Zattere is among Venetians’  favorite destinations in the city because it is very sunny and so very pleasant for walks, jogging and for cafès and restaurants with a view. One of the most popular venues is Bar da Nico, whose gelato is probably the best in Venice and that prepares the gianduiotto, a slice of gianduia ice cream buried under a generous quantity of whipped cream lovingly homemade on the spot and not coming out of an industrial canister.

The history of the Zattere blurs into legend, yet it is known that Zattere is one of the oldest areas of the city. In the nearby area, the Venetian Republic, still in its infancy, defeated the Frankish boats under Pepin of Italy’s command in 810. The battle sanctioned the independence of the Most Serene Republic of Venice that would come to dominate the Adriatic and the Aegean for the next millennium.

The fondamenta may owe its name to the rafts (zattere in Italian) used for the transport of timber and salt in the final stage of navigation along the Giudecca Canal. In fact, the western portion of the fondamenta was the site of the warehouses where salt was stored. The Zattere ends with the Punta della Dogana where the Customs House was operational until the last century. Today the building houses the museum of contemporary art belonging to the Pinault Foundation after a stunning restoration by Tadao Ando. In the area there are also other notable museums such as the Gallerie dell’Accademia and the Peggy Guggenheim Collection. 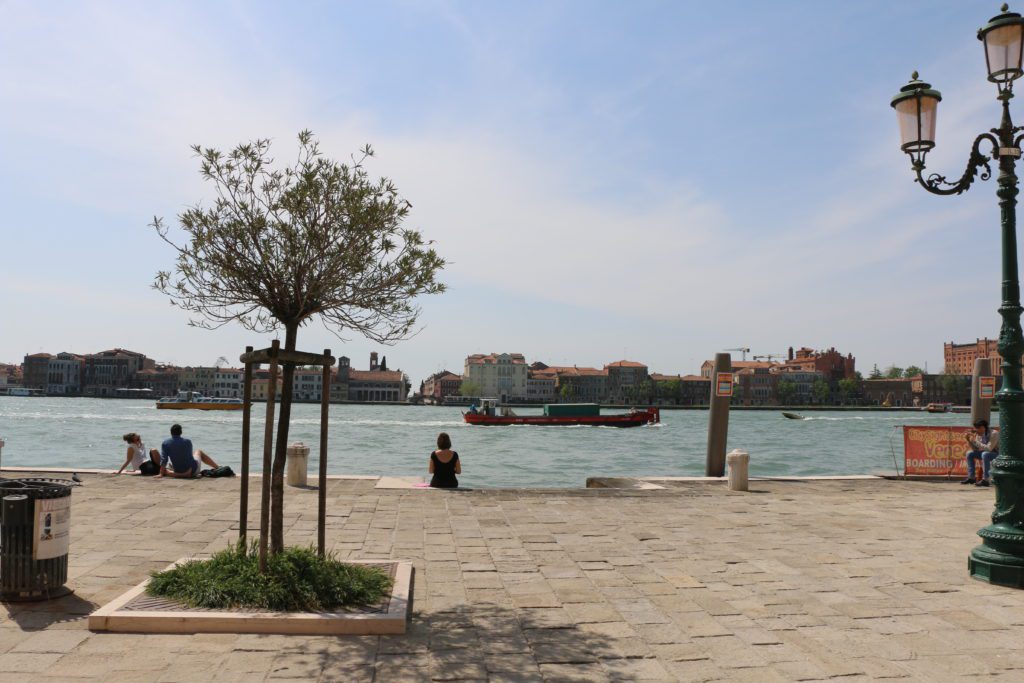 During a period of only a few days in mid-July, the Zattere is linked to the Giudecca with a temporary floating bridge spanning from the diminutive church of Spirito Santo to the mighty basilica of Redentore, a major work by Andrea Palladio. The bridge is built in the occasion of the feast day of Redentore held on the third Sunday of July and is one of the most important local festivities still deeply cherished by Venetians.

Grazie to Prontopia Local Giacomo for this post. Giacomo loves showing visitors such cherished places as the Zattere in Venice and helping travelers get where they need to go easily. Use Prontopia today for a stress-free and fun experience getting around, whether that is to the museums that are off the beaten path on time, from the train station to your lodging, or to a special restaurant reservation or tour meeting point. We hope to welcome you in Venice the local way soon!