The word “pantheon” has been used to describe things that are in a class of their own in terms of importance. If we’re talking about religious structures, this should definitely include the Pantheon, a Roman temple-turned-Catholic Church. You likely know of the Pantheon Rome and its reputation, but how much do you know of its history and significance? Read on for more insights into this living Roman legend.

Rome can be a challenging city to navigate. Get where you need to go stress-free - schedule a Prontopia local assistant to help you today!

Read next: Top 10 Amazing Places You Have to See in Rome

The Building of the Pantheon

The story of the Pantheon actually goes back further than when it was originally built. On this spot, there was the original Pantheon, estimated to have been completed around 25 B.C., commissioned by general and architect Marcus Agrippa.

However, a fire in 80 A.D. led to this Pantheon’s destruction. An initial rebuilding was lost in another fire, this time in 110 A.D. During the reign of Emperor Hadrian, who took command of Rome in 117 there was a major emphasis on building. The newest, and by-far longest surviving, Pantheon, is believed to have been dedicated sometime from 126 to 128.

Conversion and Other Changes

Originally, the Pantheon was a pagan temple. While it survived for some centuries, it was not thriving. Thanks to Rome’s losing of the Roman Empire capital status to Byzantium, courtesy of Emperor Constantinople, in 330, the Pantheon started to lose its luster as well as its chances of being anything but a historical footnote. 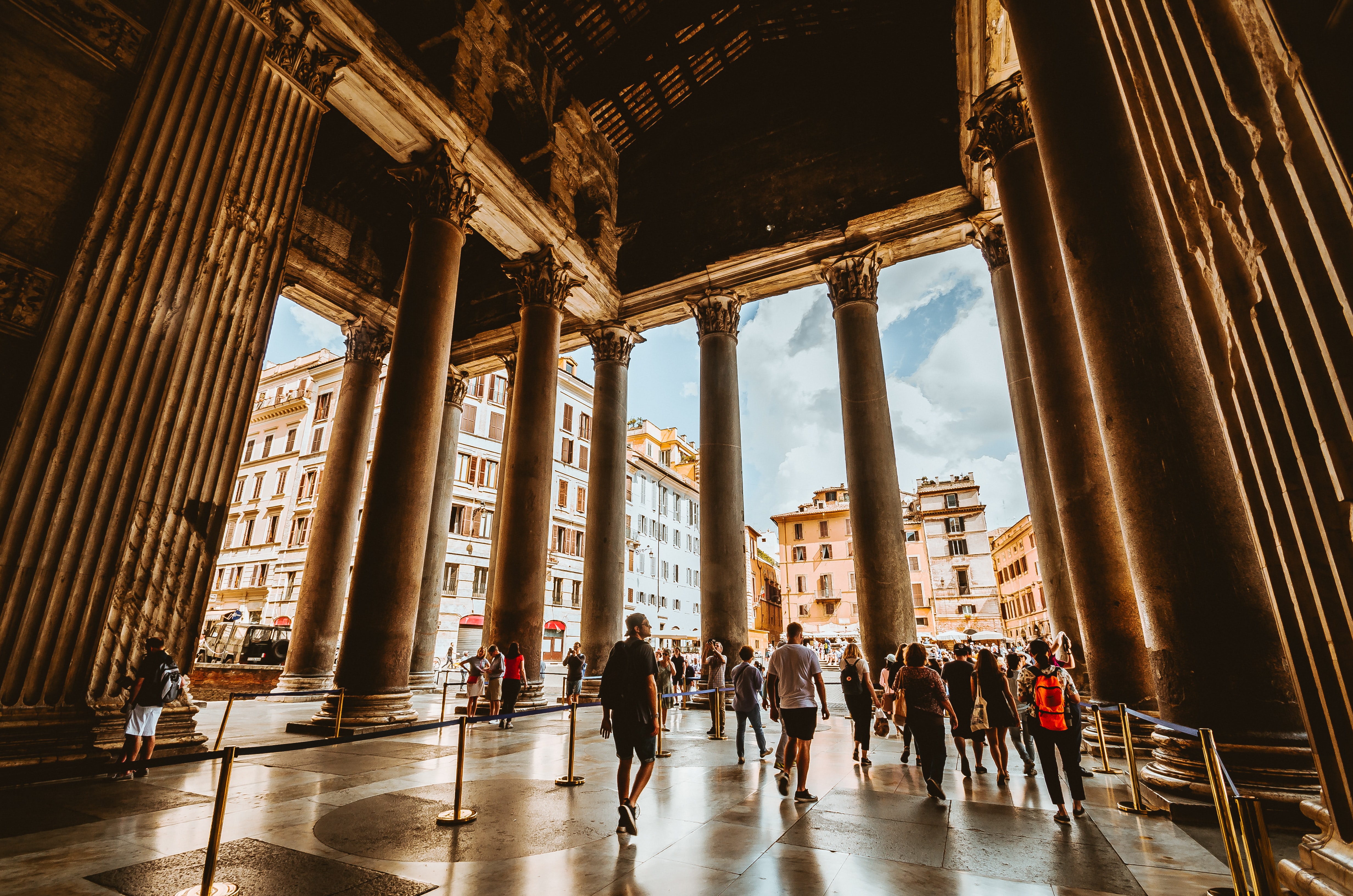 A couple centuries and change later, the Pantheon underwent new management. Namely, it was Pope Boniface IV, who received the okay from Emperor Phocas to bring Christianity to the Pantheon. It underwent a major restoration effort. Never before had Rome turned a pagan house of worship into a Christian one, but it wouldn’t be the last time.

The restoration and changeover advanced the Pantheon’s reputation immensely. It did it so much that some important figures have been laid to rest there. This includes Renaissance artist Raphael and King Umberto I and his wife, Queen Margherita. 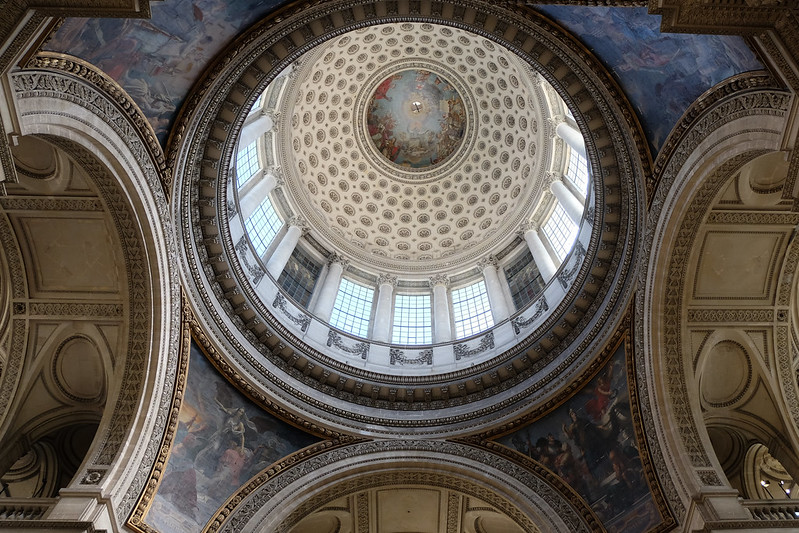 There should be much gratitude for the Pantheon’s survival, because it’s one of the most impressive buildings in all of Rome, especially when you consider all the centuries and reigns it’s survived.

Even if you don’t know about how much the Pantheon has gone through, you can still be impressed by its construction and powerful size. From the outside, you can see its dominating column, eight in front, and four and four in the back.

Its 142 ft diameter ceiling has a domed design that will make you want to gaze up through its oculus, an unobscured opening to let the shine sun through and light up this majesty even more. To this date, there is no dome made of unreinforced concrete bigger than this one.

Read next: When Is The Best Time to Visit Rome?

The Pantheon isn’t just a place to pose for photos. It still holds religious services. You can come for a Mass celebration at the Basilica of Saint Maria and Martyrs on Sundays at 10:30 a.m. and Saturdays at 5 p.m.

Run by the state and seen by millions of tourists every year, the Pantheon is an ode to dedication that runs through the ages, by people of different times. You won’t want to leave this off your Italian tourist checklist.