A Guide to the Catacombs Rome

What’s going to happen to you when you die? This isn’t about the afterlife but how your body is laid to rest. Unless your estate can really pull some strings, you’re unlikely to get a spot in Rome’s catacombs. Nestled far underneath the city, this is a network of burial spots that has long fascinated people. Beyond the slightly-spooky, historically-fascinating concept of a centuries-old underground burial spot, the catacombs Rome are a majorly great place to explore on your Italy trip.

Rome can be a challenging city to navigate. Get where you need to go stress-free - schedule a Prontopia local assistant to help you today!

Read next: Top 10 Amazing Places You Have to See in Rome

Why the Catacombs Of Rome Were Needed

When Christianity came to Rome, it had to compete with the prevailing pagan beliefs and customs, as well as ongoing persecutions. One of these was what to do with the bodies of the deceased. While cremation is now widely-accepted by people of different beliefs,  the pagan practice of burning bodies was deemed unacceptable by Christians at time. To them, burning bodies, rather than burying them, would hinder a key part of the Second Coming, involving resurrection. 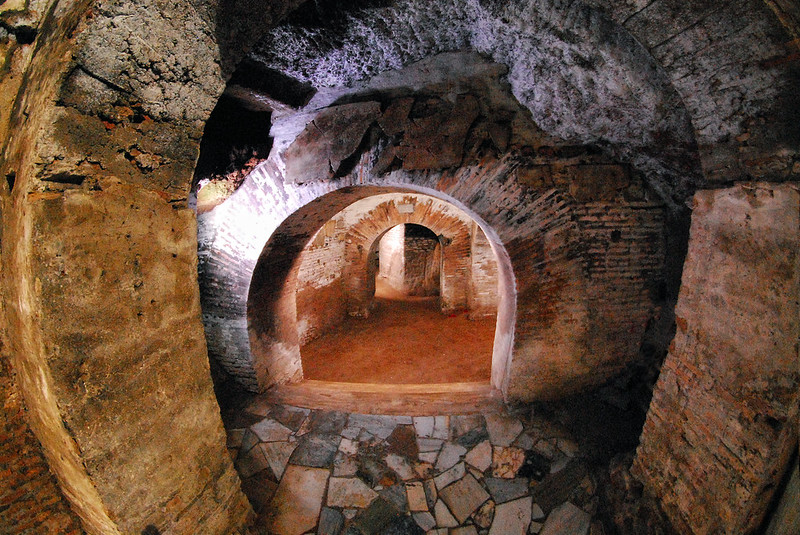 Construction of the Catacombs

It’s worth a mention that the Catacombs weren’t actually built beneath Rome; law wouldn’t allow for that. Instead, Christians went outside of the city, using volcanic tuff to construct these graves. The word “catacomb” means “next to a quarry,” as the first ones made were in the vicinity of a quarry.

When bodies were placed in the catacombs, they were each given their own section, rectangular to give them enough room to fit. Upon being placed in their slots, they were swaddled in cloth. Then, clay or marble was used to seal things up As a finishing touch, the name and a mark of their Christianity, would be inscribed. 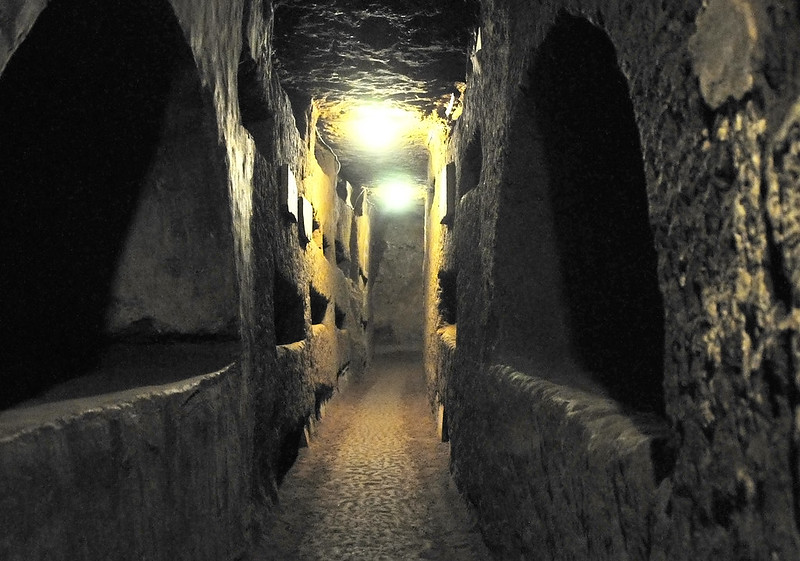 What was created out of need by Christians who weren’t having their beliefs or lives respected by the Roman government turned into a massively important religious site as well as a resting place. There are 60 catacombs that we’re aware of, stretching out close to 600 acres in area. People of other faiths, including Jews and pagans, ended up in the catacombs.

Read next: What Are the Best Activities in Rome

The signing of the Edict of Milan in 313 was one of the biggest things to ever happen to Roman Christians, because it meant they would no longer be persecuted. Among other things, this mean they could build things pertaining to their beliefs.

However, they couldn’t just abandon a burial system that had meant so much for so longer. Up until the 5th century, bodies would still be put in the catacombs.

The Catacombs Of Rome Today 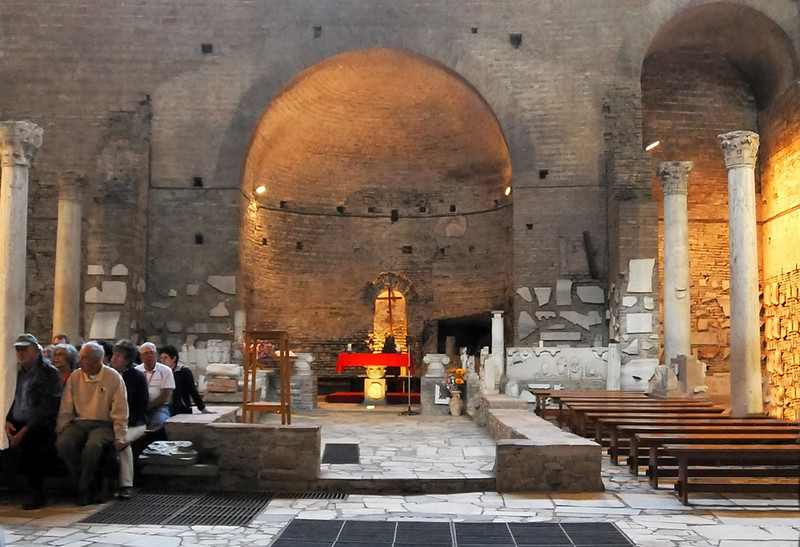 Two of the most-visited cities in Europe are Paris, France and Rome, Italy. While they’re in two different countries, their distance isn’t so great that you can’t visit both during the same trip. It’s even easier if you’re taking a train. This will help you prepare for a Paris to Rome train trip.

Read next: Weather in Rome

The boot-shaped Italy is right next to France. However, if you’re traveling south to Rome, you’ll have plenty of cities you pass before you reach it. By train, a trip from Paris to Rome takes close to 13 hours. There are trains leaving throughout the day, starting at 6:41 a.m. and ending at 7:59 p.m.

You’ll leave Paris from the ‘Paris Gare de Lyon. You can reach this location by bus. Your train will either arrive at the Roma Ostiense or the Roma Termini. At least one transfer between trains is to be expected.

If you’re planning your whole Europe trip with at least a few months of notice (which is ideal), you should also be securing your tickets for train travel well before you arrive. A longer wait means higher prices.

Read next: The 5 Must-See Churches in Rome

Make It a Good Trip

Your attitude while traveling can influence your attitude while sightseeing. Being on a train for the better part of a day might not be what you hoped for when you came to Europe, but it’s the best we have. You can enjoy yourself on the commute by bringing something compelling to read, enjoying the scenery, or just having some rest. Keep your mind in a good place so you can open your eyes to the wonders of Rome with a good mood and rested mind.