The Doge’s Palace, or Palazzo Ducale, is one of the best-known landmarks of Venice. It was the residence of the Doge, the leader of the Republic, whose name means guide or leader. The palace was also the seat of other institutions until 1797 when the Republic came to an end. After over a century in which the splendid rooms were used for the bureaucracy of the French first, then the Austrians, and eventually the Italians, the Palazzo was restored and reopened as a museum in 1923. 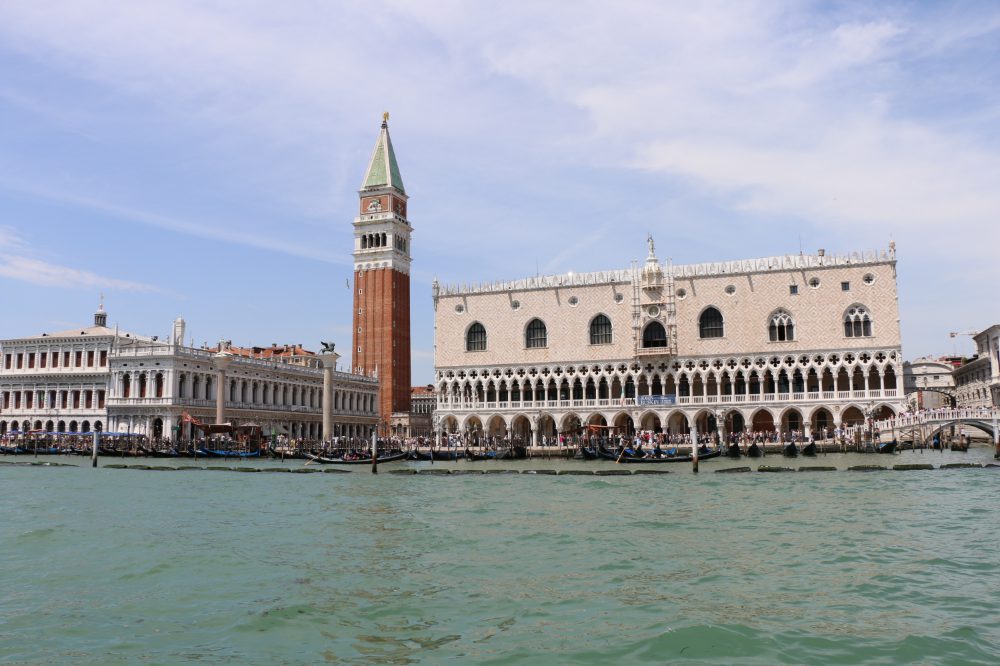 The first palace to be built in this site dates back to the 9th century but nothing remains of that construction because it was destroyed by a fire. The last fire occurred in 1577, ravaged the Scrutinio Room and the Great Council Chamber consuming paintings by Titian, Carpaccio and Bellini. Although it was the peak of Renaissance and Andrea Palladio presented his design for the new building, it was decided to keep the previous Gothic style that we still see today. 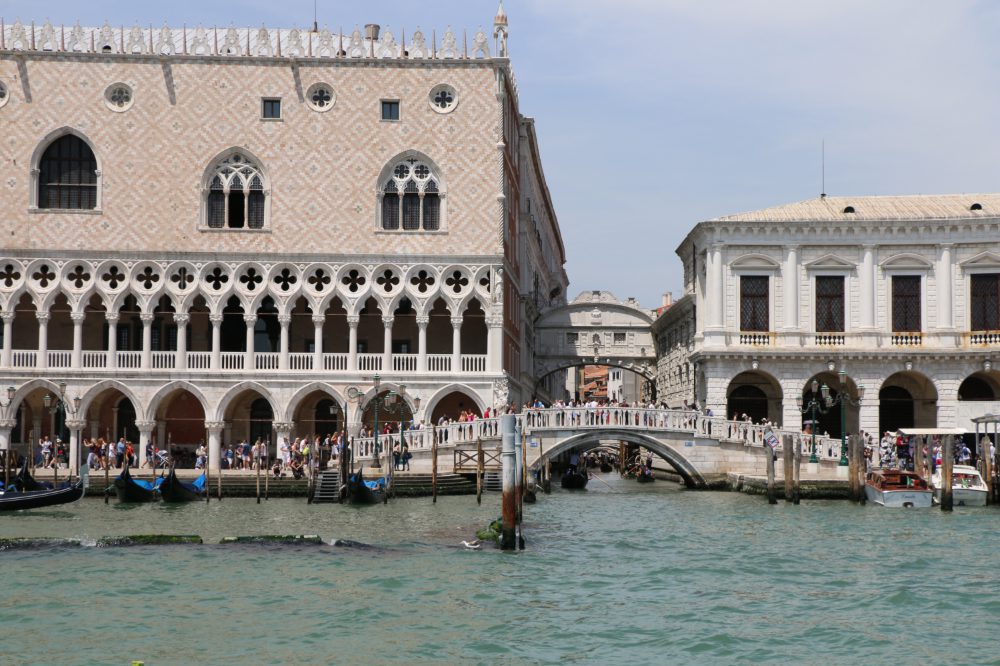 The entrance for the visitors is under the portico on the waterfront. Unmissable are the Doge’s apartments where the Doge could rest from the burdens of the ruling. They used to be furnished with the Doge’s personal belongings that, at his death, were replaced with those of the next one.

The Institutional Chambers include the Senate Chamber, the Full College Chamber, The Chamber of the Council of Ten and many others. The Bridge of Sighs links the Palace to the Prison of Piombi. Here, you can choose whether to see the cells on the lower floors or head to the exit through the central courtyard, an enclosed piazza with the magnificent Giants’ Staircase, and out through the Porta della Carta. Innumerable artworks are along the way: Titian, Tintoretto, Veronese, Tiepolo, and Palladio are only the most famous artists that left their sign in this impressive edifice. 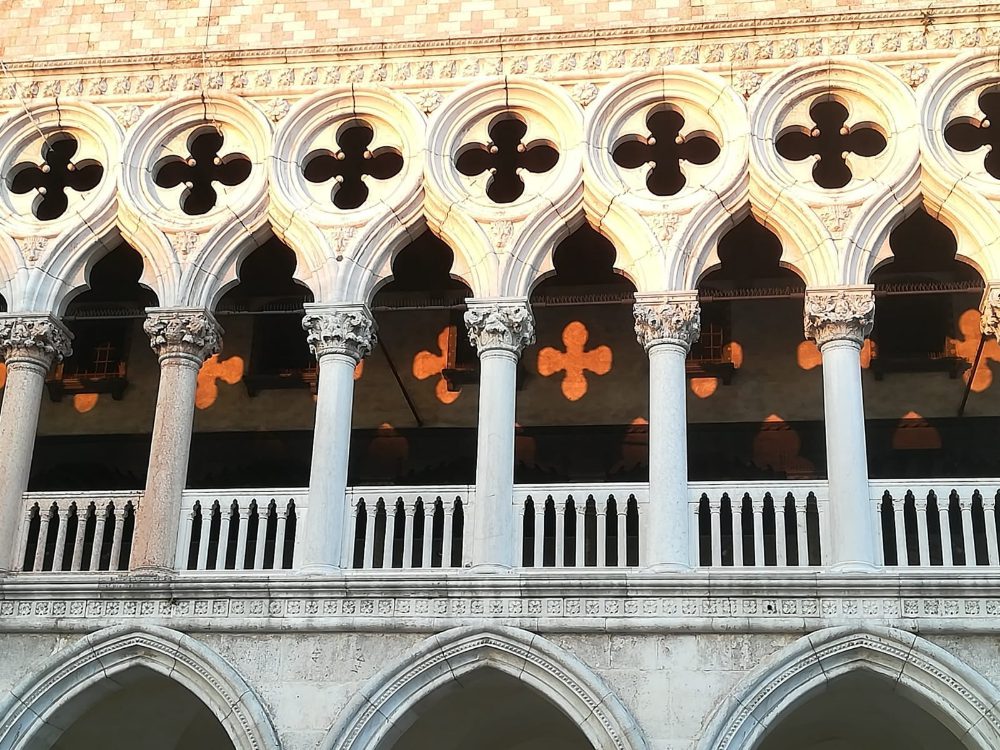 The Doge’s Palace opens every day at 8.30 and closes at 5.30 pm from November to March, and at 7 pm from April to October. On Fridays and Saturdays, the closing time is at 11 pm. The full ticket price is €20 while it’s €13 for those up to 25 and over 65 years old, families of two adults and at least one child aged 6–14. A Museum Pass is also on sale at the price of €24 and includes one admission to eleven museums of the MuVe group over 6 months.

The Palazzo is available for private tours after the closing time for groups of at least 20 people at the price of €80 each. If you don’t want to waste your time along your museum hopping, book a Prontopia local that will take you from one museum to the other taking the unbeaten path for you.