It’s common knowledge that you can’t visit Rome without getting a close look at the grandeur of the Colosseum, gazing up at the glory of the Sistine chapel, and standing at the foot of the majestic Trevi Fountain. But after the tour is over and you’ve tossed your coin into the fountain, where do you go from there? Perhaps you’ve already experienced Rome’s greatest hits and are ready to dive deeper, veer off the trodden path of tourism, and explore historical monuments and attractions that don’t always make the checklist. You’re in luck because today we’re sharing some hidden gems in Rome that may be lesser known but are no less interesting.

Planning a trip to Rome? Book a Prontopia Local Assistant to help you navigate the city streets or help with personal requests while you’re in the Eternal City. 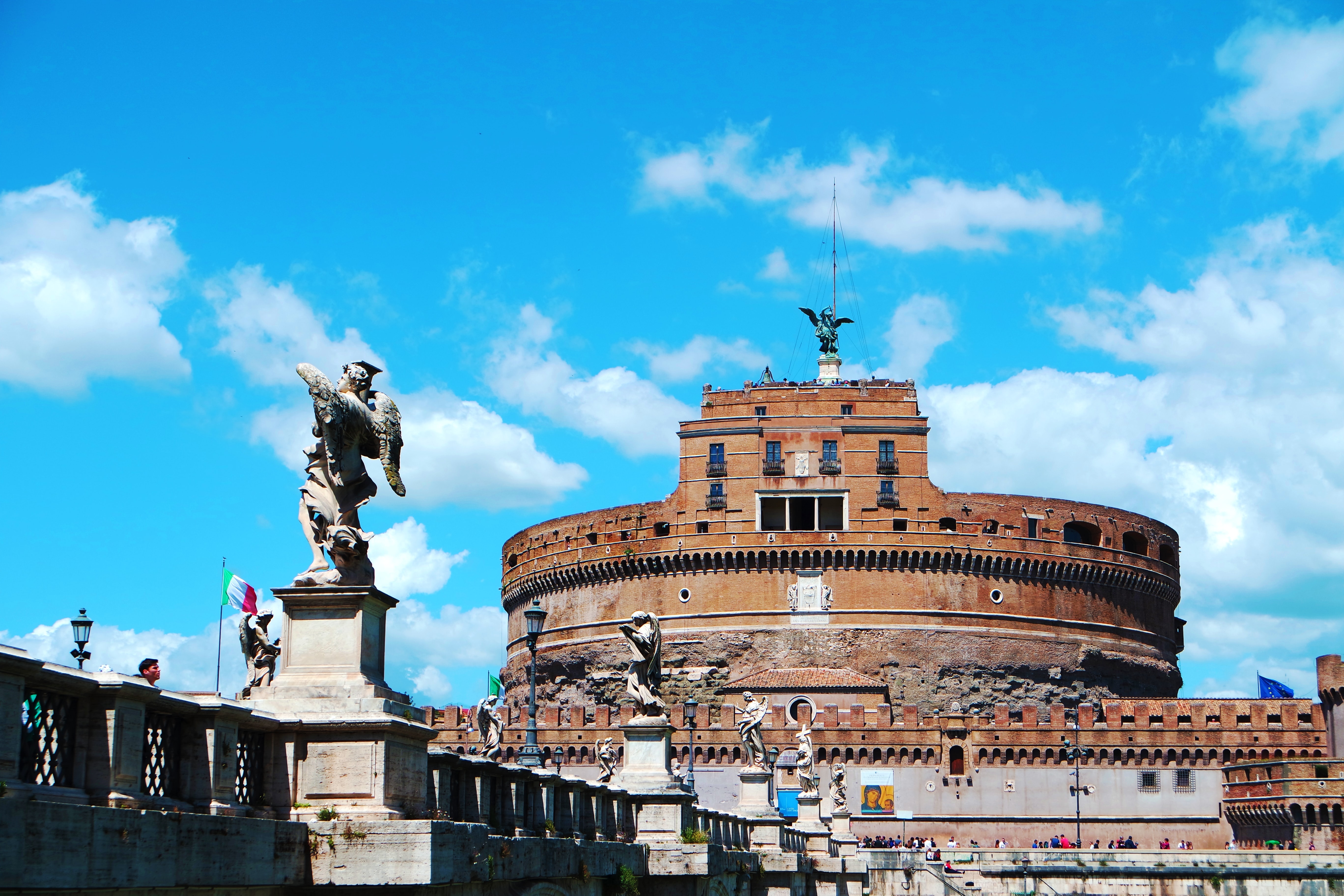 Wondering about the large circular fortress situation on the right side of the Tiber? That would be Castel Sant’Angelo, a building dating back to the 135. In 1277, a corridor was built connecting Vatican City to the castle so that the pope could escape should the city fall under siege. The museum consists of five floors including former Papal residence halls, an armor collection, frescoes and other historical tidbits from the past. On the top floor, you can enjoy panoramic views of the city as well.

This 17th century palace is home to a private art gallery which contains 400+ artworks spanning from the 15th to the 18th century. The collection was begun by Pope Innocent X Pamphilj in 1644, and it includes works by masters such as Tiziano, Velazquez Caravaggio, and Raphael to name a few. Stroll through the ornately decorated salons and take in the artworks arranged in chronological order.

If you’ve got a thing for romantic poetry and long to walk in the footsteps of literature’s elite, you should stop by the Keats-Shelley Memorial House. John Keats moved to Rome in hopes that the climate would help him recover from tuberculosis, but unfortunately he passed away just one year after relocating. Now you can visit the house where he lived in the last year of his life, just a few steps from the Spanish Steps, and peruse the collection of manuscripts, paintings and other memorabilia pertinent to the lives of John Keats, Percy Bysshe Shelley, Lord Byron and other writers who were Italophiles.

In the mood to stroll through some glorious gardens but not in the mood to deal with the traffic in the gardens of Villa Borghese? Consider an alternative walk through the Orto Botanico in Trastevere. It’s managed by the Sapienza University of Rome and is home to over 3,000 species of plants.

St. John in the Lateran

This basilica is one of the most breathtaking in Rome, and it’s also historically significant. Up until 1870, this was where all popes were enthroned, and today the pope still celebrates Holy Thursday mass in this church. Feast your eyes on the grandiose interior characterized by formidable marble columns, intricate mosaics and frescoes, and dynamic statues. You’ll leave wondering why you’d never heard of the basilica before.

Emperor Nero ordered the construction of this lavish palace, nicknamed the Golden House, after the Great Fire of Rome in 64 AD. You can now visit this archeological site - with a helmet, mind you! - and wander through the remnants of the residence which was supposedly used exclusively for parties. It was believed to contain over 300 rooms, none of which were used as a bedroom, and formerly occupied a space that was 25 times bigger than the Colosseum. Oddly enough, archeologists have not recovered any evidence that suggests a bathroom or kitchen existed on the premises.

Not too far from the Trevi Fountain, this art museum is home to works by Caravaggio, Filippo Lippi, Raphael and many others. The museum is called Museo Nazionale dell’Arte Antica and is housed in the 17th century Palazzo. In addition to its permanent collection of art from the 1200s to the Baroque period, the palace is home to intricate frescoes and sweeping staircases. It also hosts temporary art exhibitions and has lovely gardens that can be accessed without a ticket.

We hope you enjoyed this round up of hidden gems in the heart of Rome. There are plenty of activities in the Eternal City and these are just a few of the lesser known museums and monuments to visit in the city. It just goes to show that Rome is full of captivating nooks and crannies that are not as popular as its main attractions but have a magnetic pull just the same.

Photo by Michele Bitetto on Unsplash