Where to Find a BCN Airport Map

Are you wondering where to find a BCN airport map to assist with your arrival to and departure from BCN airport (El Prat)? Keep reading!

Read next: How to Get from El Prat Airport to Barcelona City Center

Barcelona Airport is one of the busiest airports in Europe, so it's understandable that you're looking for a map! The airport is located eight miles outside of Barcelona's city center, and it was opened in 1918. The airport's full name (ready for this?) is Barcelona - El Prat Josep Tarradellas Airport, named after a former President of the Generalitat of Catalonia. Whew! Most people, of course, just call it El Prat Airport.

There are three terminals you can depart from at the BCN airport. When you're departing, give yourself plenty of time to go through customs and get through security, as the airport can get very busy.

Terminal C serves Puente Aéreo, a service that goes between Barcelona and Madrid.

When you arrive at BCN airport, you can take a taxi, a train, or a bus to get where you need to go.

Read next: How to Get from El Prat Airport to Barcelona City Center 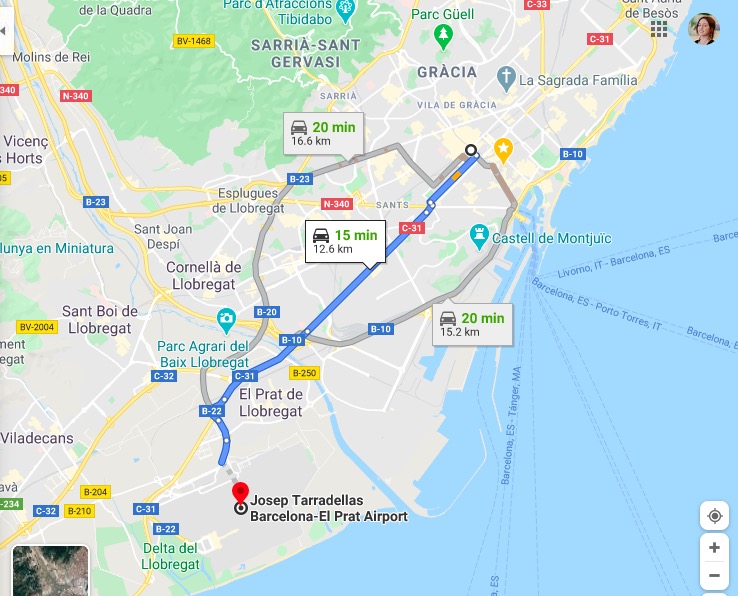