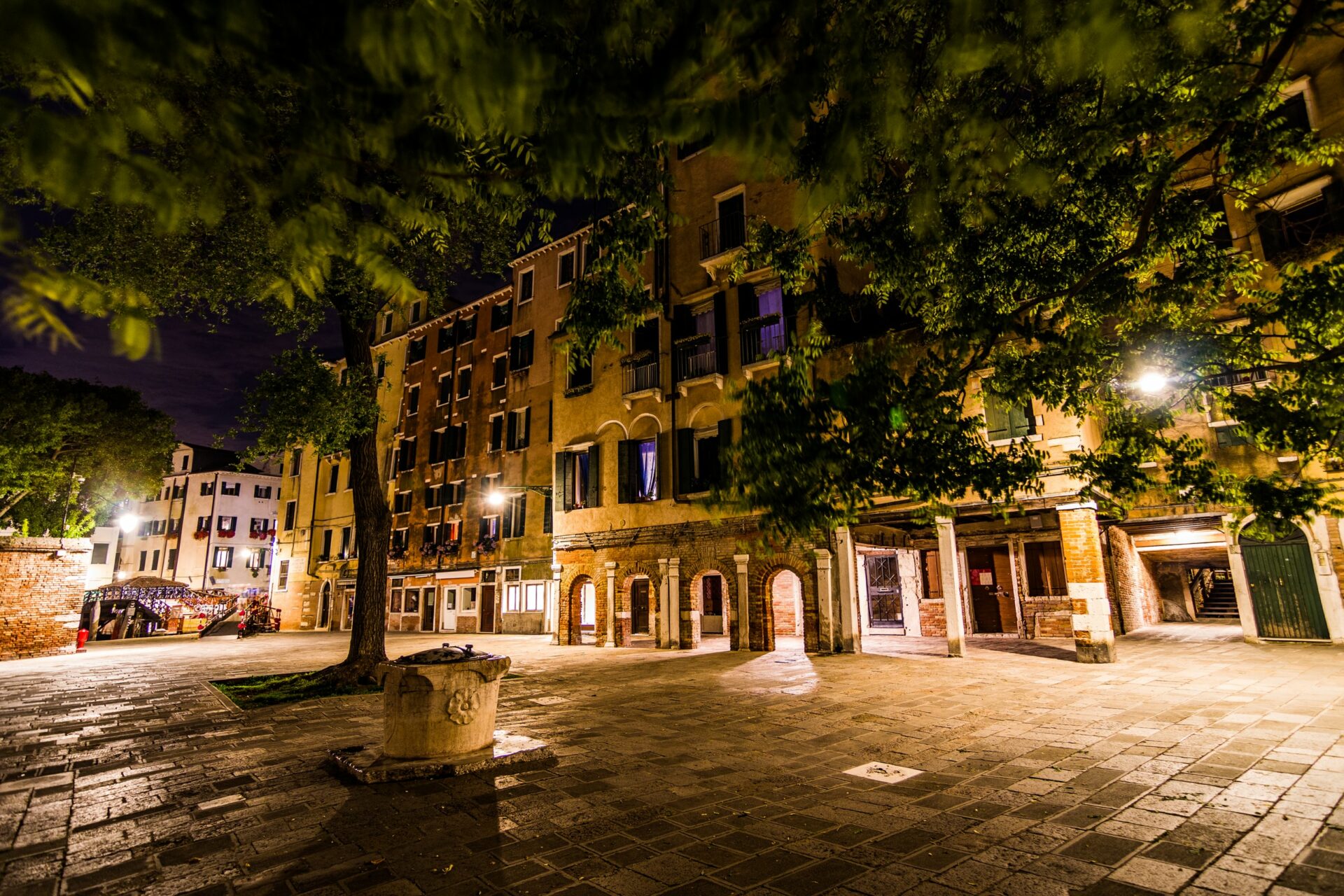 Start your tour at the Jewish Ghetto, where the state forced Jews to reside upon its establishment in 1516. There were about 900 Jewish people in Venice at the time, and most of them were merchants. So, Shakespeare was well informed in placing Shylock’s house in the Ghetto (even though the Ghetto was only 80 years old when the play was written). Today, you can still observe the separation of the Ghetto from the rest of Venice. 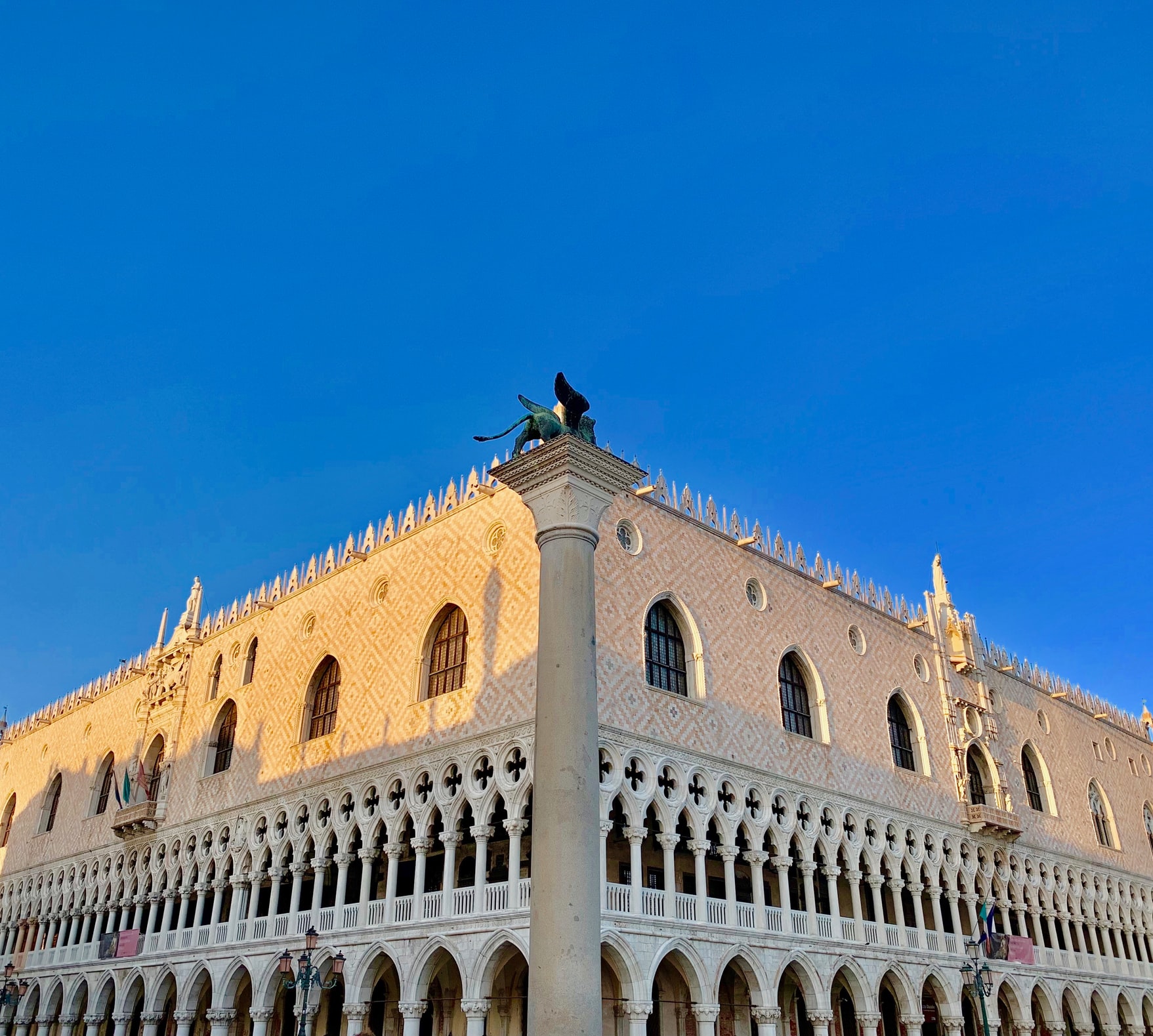 When Antonio is not able to repay his debt, Shylock demands the pound of flesh Antonio promised him. The trial was held in the court of the Doge’s Palace in Piazza San Marco. The palace was the residence of the Doge (the head of state) and the seat of institutions like law courts. In fact, the Bridge of Sighs connected the courts to the prison. Today, the Palace is a museum. It’s open every day until 7 pm and in summer until 9 pm.

“What news on the Rialto?” This is famous line brings to mind the scene on the Rialto Bridge in which Antonio spat on Shylock. The Rialto Bridge is the oldest of the four bridges that cross the Grand Canal. Antonio da Ponte designed the bridge in 1591, after the city rejected other plans by celebrated architects like Sansovino and Palladio. The bridge was such a large part of The Merchant of Venice that Robert Browning wrote a poem in which he called the Rialto Bridge “Shylock’s Bridge”.

Aside from the imaginary town of Belmont, there are no other references to real places.

Despite the fact that many films were shot based on The Merchant of Venice, some scenes were shot elsewhere. One of the finest and most well-known adaptations is Michael Radford’s The Merchant of Venice (2004) with Al Pacino playing Shylock. It was mostly shot on the island of San Giorgio, which lies just across from St. Mark’s. This small island island was the seat of a Benedictine monastery for almost a millennium. Today, it’s the headquarters of the Cini Foundation arts center, which hosts a superb library. 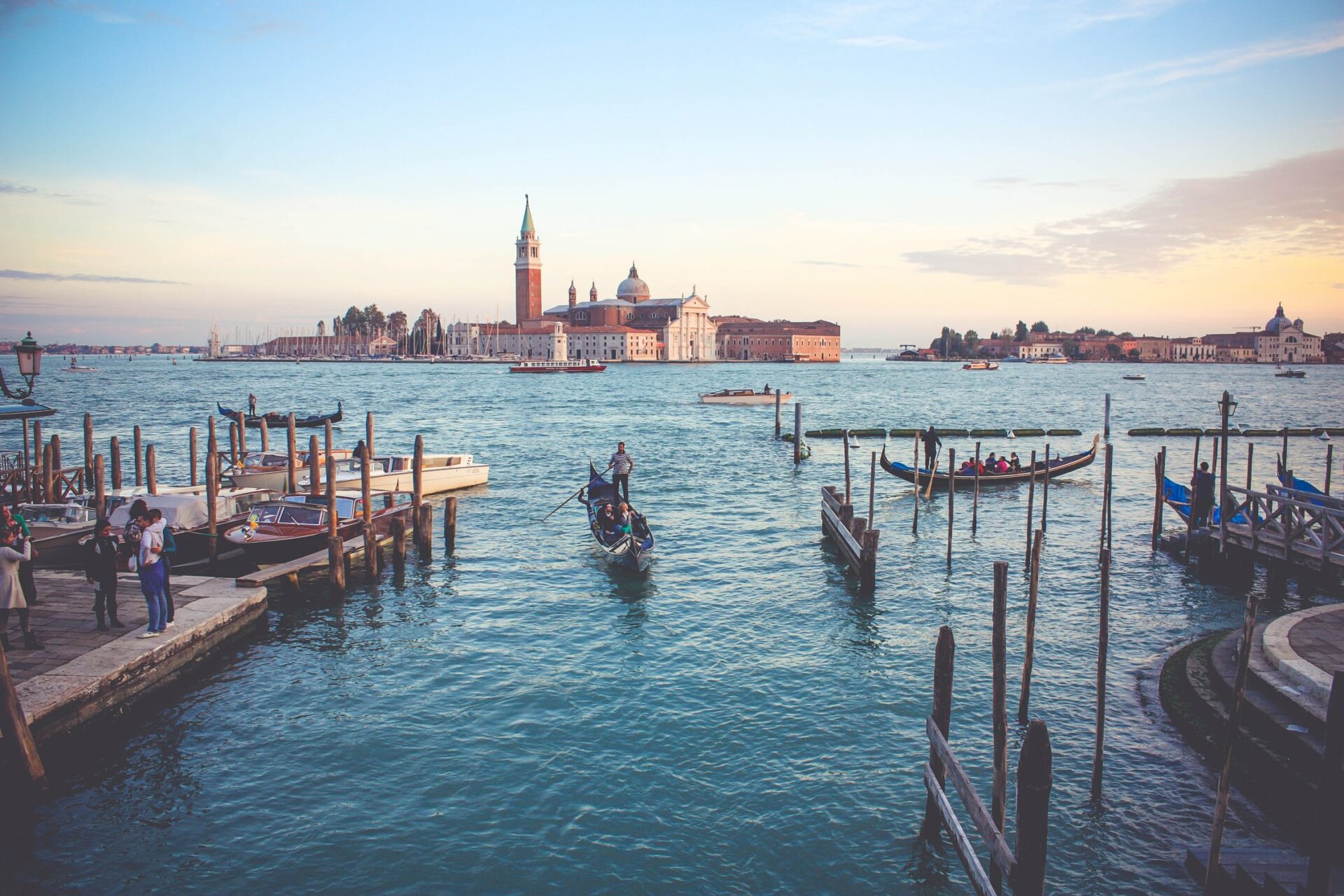 For the 400th anniversary of Shakespeare’s death and 500th anniversary of the Venetian Ghetto, actors performed The Merchant of Venice in the Ghetto for the first time. After the play, a mock-appeal was held in the Scuola Grande di San Rocco with Justice Ruth Bader Ginsburg presiding over.

After two hours of debate and 20 minutes of deliberations, the five judges issued a unanimous ruling. They would remove the question of the pound of flesh, restore Shylock’s property, restore the 3,000 ducats that he had lent to Antonio, and nullify the demand of his conversion. Justice Ginsburg laughed and said, “Finally, after four centuries of delay in seeking payment, we think that Shylock is out of time in asking for interest.”

These are the locations from Shakespeare’s The Merchant of Venice, but Venice is full of sights from modern films. If you want to make sure you find them all, ask our Prontopia local assistants to show you how to get around!